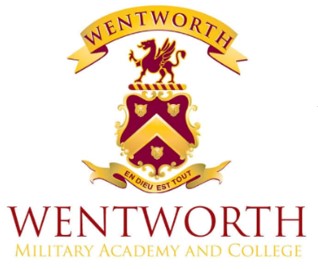 Over the last several months, Wentworth and the Museum leadership teams have worked together and with the leadership of Jubilee to ensure a smooth handoff of the campus and to establish the solid foundation for a working relationship going forward. We are pleased to report that all parties have taken steps during this transition period to ensure the 137-year history of Wentworth will be honored across several aspects of the Jubilee Campus. There will be many exciting and heartwarming exhibitions of this working relationship in the months to come, and we look forward to sharing these details with you as they are readied for announcement.

Wentworth Military Academy and College will now start the process of closing out the Academy’s remaining business matters such that the Museum will be the primary keeper of the legacy of all things Wentworth (both formally, and informally) from this point forward. Over the course of the last three years, the Wentworth Board of Trustees has remained fully engaged, worked closely with the Museum leadership team to transfer memorabilia that is now housed in the Museum, and has ensured a smooth and orderly closing process (culminating with the sale of the Wentworth Campus). The Board’s dedicated service since the Academy closed represents the best of what made Wentworth such a unique and special educational institution.

In 1880, Stephen G. Wentworth brought forth a vision of a military boarding school to develop young men of character to “Achieve the Honorable." For 137 years, his vision became a reality as thousands of "Old Boys" from around the world were molded on the hallowed grounds of Wentworth Military Academy and College. Over time, Wentworth’s ranks came to include female cadets, and their seen and unseen contributions to vibrancy of Wentworth’s Esprit de Corps. Soon after the announcement of the Academy’s closing in 2017, the Wentworth Museum launched an unprecedented effort to save the history of our beloved Academy. Their inspiring leadership, diverse band of volunteers and donors (spanning several generations) focused on one mission: memorialize the history of Wentworth Military Academy and College in a manner that both honors the past, and serves as a rally point for future Old Boy Musters. The Museum’s unwavering devotion to Stephen G. Wentworth’s ideals is a tangible realization that the endeavor was never about a campus, but rather about the life-changing experiences shaped by those who taught and led there. We are truly grateful to all alumni and friends of Wentworth who have helped make the Museum a reality.

While today’s news is sad because one door has closed, we are also mindfully grateful that our beloved campus is now in good hands and will soon be renovated for an educational purpose in the Spirit of Stephen G. Wentworth. For nearly a century and a half, Wentworth contributed to the betterment of our nation and world. Please join us in rallying behind Jubilee as the torch is passed to an educational institution we are confident will continue to Achieve the Honorable.

Regis G. McDonald
Chairman of the Board of Trustees
Wentworth Military Academy and College